As already mentioned in my previous post “City Harvest Case Part 1: Following God or Mammon?“, the COC and the prosecution claim that at least SGD 24 millions were illegally diverted from the church building fund and channelled to finance Sun Ho’s attempt to breakthrough on the Hollywood music scene. In order to find out whether there could be any real substance (or not) in the allegations made against the CHC leaders, I will explore this case using a well-tested and recognized Fraud Risk Management Analytical Framework: The Fraud Triangle. So starting the analysis with the first factor of the Fraud Triangle model, we should ask ourselves what would be the motives of the accused CHC leaders to commit the crime they are accused of?

It is a well-known principle in criminal investigations that when trying to identify possible suspects, looking for whoever benefited from the ‘crime’ is a good starting point. This is simply because the benefits (obtained or expected) can often explain what could have motivated the individuals to engage in the unethical or illegal activities. “Benefits” can be defined either as gaining something desirable (money, power and other gratifications) or avoiding something negative (loosing money, job, reputation, etc). This is the purpose of the first question of the Fraud Triangle risk assessment model to identify and analyse those benefits or incentives. Beside the INCENTIVES, we will also look at any form of  PRESSURES that could have motivated the accused CHC leaders to find a way – and possibly any way – to get the necessary funds to finance Sun Ho’s music career in the US.

Who Are The Key Beneficiaries  of The Crossover Financing Scheme?

Looking at incentives side first, the main “beneficiary” of the Crossover’s funds is Sun Ho, wife of CHC senior pastor Kong Hee. As reported in the news, thanks to at least SGD 24 millions provided indirectly by the Church, Sun Ho had access to everything that money can buy to support her attempt to breakthrough on the US musical scene. She financed the expensive production and marketing costs of her singles and albums with top music producers such as renowned rapper Wyclef Jean. She bought her way to the appearance of a “super star” status with a luxury mansion in a plush Hollywood district, clothes from top fashion designers, a large entourage of helpers (primarily members from the church) and the participation to A-list events. Interestingly, she is not part of the group of the 6 CHC leaders being prosecuted in this case. 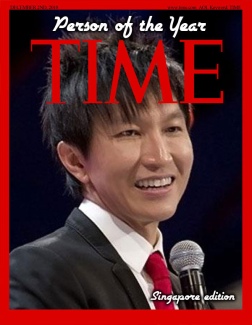 While Sun Ho was the main direct beneficiary of the funds of the Crossover project, her husband, Pastor Kong Hee also benefited tremendously both directly and indirectly from arranging the financing of his wife’s musical career by the Church he was (and still is) leading. On the material and social sides, they both enjoyed the luxury lifestyle of socialites in Hollywood, mixing with the rich and famous people both from the secular and Christian elite crowd. This environment and the connections that came with it may have contributed to Pastor Kong Hee’s tremendous increase in reach and influence over the same period of time. He became a renowned international preacher and motivational speaker, also gaining in the process more and more lucrative speaking engagements. Could the above benefits have influenced pastor Kong Hee’s decision to finance his wife’s music career? What about his natural desire, as a loving husband, to help his wife achieve her stardom dreams? Those are fair questions to ask. As indeed the quest for Fame, Money and Power has been a driving motivation for countless people generations after generations all over the world. History has also shown that when those goals are too hard achieve by legitimate means, the temptation to cut corners can quickly become unbearable especially if the other 2 Fraud Triangle factors are also present in the situation considered.

What About The Other Prosecuted Leaders Who Did Not “Benefit” Directly From The Financing Scheme?

What kind of incentives or pressures they might have had that led them to support a possibly unethical or even fraudulent scheme? Analyzing various possible scenarios, we can postulate that some of them may have benefited indirectly through “give and take” dealings. For example, they could have been rewarded for their support in other ways such as promotion, business opportunities, gifts, etc. Indeed according to the information revealed by the COC report and also during the first week of trial, there were apparently quite a number of conflict of interests situations in CHC. It appears that a number of CHC Leaders cumulated their church leadership roles with their own private businesses as suppliers or service providers of the church in the same area of responsibility. Those are extremely problematic situations as the risk of abuse of position to use church’s resources (people, equipment & finance), gain guaranteed business and secure favorable financial terms for their own personal benefits is ever present.

Another important reason that can explain why other leaders might have supported a possible unethical or fraudulent scheme is what we could call the principle of submission to (pressures from) authority figures. This principle was uncovered by the famous 1961 Milgram Experiment.

Consider the following scenario: What if a person in a position of authority ordered you to do something that your moral conscience tells you is bad, like for example in the experiment to deliver a deadly 400-volt electrical shock to another person. Would you follow this order? I guess that asked in that manner, practically everybody would answer this question with an resounding NO. However Stanley Milgram, a Yale University psychologist, conducted a series of experiments that delivered shocking results. During the experiment, a large majority (65 %) of ordinary people ended up torturing other people with what they were believing to be deadly electrical shocks just because an authority, a scientist in a laboratory they had JUST met, told them to do so. While most participants were conflicted with the experiment, they still obeyed to the orders given by the scientist. The Milgram experiment demonstrated that most people, whatever their backgrounds, will quite naturally submit to authority and the problem is that even when “they are asked to carry out actions incompatible with fundamental standards of morality, relatively few people have the resources needed to resist the pressures from authority and to be able to say No”. This experiment provided a powerful and disturbing insight into the power of authority and the role of obedience in shaping behavior in human societies. 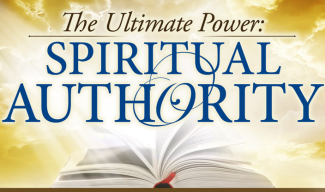 This characteristic of human behavior under pressure submitting quite naturally to authority applies in any organizations and hence should quite clearly also apply in the CHC case. We are even talking about Divine Authority in this case as Kong Hee is a Pastor and has professed repeatedly in front of his congregation that he has been chosen by God to lead a Christian renewal in Asia. In such a case how could worshippers resist the pressures from a charismatic, God anointed leader who insisted that financing Sun Ho career (under the guise of the crossover project) is the Will of God and ask them to trust him by faith? There is a hidden danger here, as many Christians may think that they are putting their faith in God when in fact, practically they are putting their faith in their preacher and spiritual leaders. Hence, we have to keep in mind that when you do that, there is always the risk that you put your faith in the wrong person. During all my years investigating fraud cases in many different kinds of organizations, I have often observed how many ordinary people have felt compelled to engage into inappropriate activities due to misplaced and blind loyalty (or submission) to the wrong authority figures.

So based on the information available, we can observe that the accused CHC leaders had the incentives or were under the pressures that could have led them to commit unethical or even fraudulent actions. However please note that it is NOT enough to conclude that they necessarily did so as whatever the strength of somebody’s motivations, he cannot commit a crime if the environment is not favorable for it and presents no crime opportunities. Indeed it must be noted that individual behavior is the product of an interaction between personal and environmental factors. Hence as a matter of fact, no crime can occur without the environmental opportunities to carry it out. This makes environmental factors for crime opportunities a necessary cause of unethical and fraudulent behaviors.

So to conclude, in this post we have focused on the personal factors, asking ourselves what could have “motivated” the accused leaders to engage into committing unethical or even fraudulent acts. It is time now look at the environmental factors that can help to translate motivations into unethical or even criminal actions.

This will be the purpose of my next post on this case entitled “CHC Case – The Opportunity Makes The Thief”. It will focus on the second question of the the Fraud Triangle, i.e. the OPPORTUNITY (environmental) Factor. We will assess from the facts whether the accused leaders had the OPPORTUNITY to “break the rules” and the ability to CONCEAL their activities.

Go to Next Post: City Harvest Case Part 3 – The Opportunity Makes The Thief

Or back to Previous Post: City Harvest Case Part 1 – Following God or Mammon?

2 thoughts on “City Harvest Case part 2: If There is a Fraud What Would be the Motives?”

Tags, in a cloud!